Hands-On Montessori School is proud to have a team of dedicated, nurturing teachers. Our experienced teachers are state certified/licensed and Montessori trained/certified.

Emily Miller received her Bachelor of Science degree in Early Childhood Education from Bridgewater State College in 1990. She holds a Massachusetts Teaching Certificate (K-3), and continues her professional development by attending and participating in a variety of professional workshops, seminars and conferences for Montessori & Early Childhood Educators. She also furthers her professional development by observing classrooms in Montessori Schools throughout the United States. In 1995-96, she received her Montessori teacher training from Northeast Montessori Institute. She is Director-2 certified and licensed by the MA Department of Early Education and Care.

In addition to teaching at King’s Wood Montessori School (where her own 2 children attended pre K & Kindergarten) from the fall of 1998 to the spring of 2003, she has taught preschool and kindergarten in both the public and private sector and has over 25 years of experience in small business management.

In September of 2003, Emily reached a long time personal and professional goal by opening the doors of Hands-On Montessori School to families from over 26 surrounding communities. She is an effective and passionate public speaker and a compassionate, nurturing teacher and parent supporter.
Emily is the proud mother of two grown boys, Zackery and Spencer, and became the loving stepmother to two more grown children, Ryan and Erin, when she and Randy married in 2005. Emily and Randy are overjoyed to have also become doting grandparents to Nora Shea in 2017! 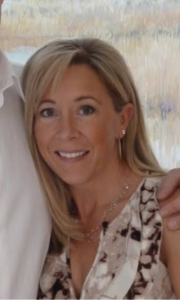